The flavor of mole comes from the peppers, the nuts, the fruits, the herbs... 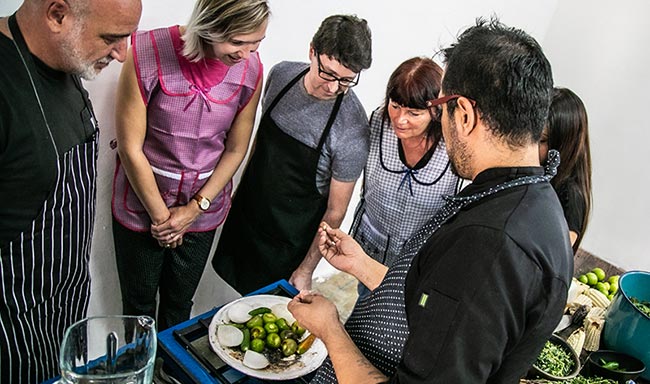 If you have a group of 2 or more people. We can open a class for you. Send Us a Message to check availability

Learn more about your instructors 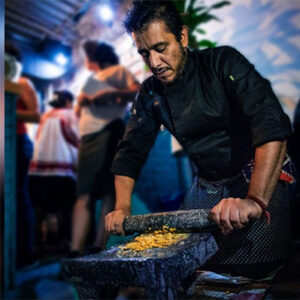 Creator of Nomad Cook. A passionate about food and cooking. Originally from Mexico City. His gastronomic inspiration comes from the Latin American cuisine, all the way from Ushuaia to Mexico. And specializing in vegetarian and vegan food. And always investing time in learning about the social issues around food systems and diets.

Vegan Mole in Oaxaca is one of my favorite cooking classes. These pastes are traditionally made out of peppers (Chiles), nuts, herbs, and other fruits (yes, pepper are fruits). They toasting usually happens on a Comal (a claypan) and then all ground on a Metate. It sounds like an easy task, but in some towns of Mexico, this preparation process could take a whole week to prepare.
The older records of Mole are before the colonization of Mexico by the Spaniards. According to the codex that some of the priests wrote and drew (and the most accepted record of ancestral traditions and history), Mole origins are sundried and toasted peppers with tomatillo, pumpkin seeds, and toasted corn as well.
Then when Spaniards brought their ingredients and the indigenous women were taken to the kitchens as servants, they were introduced to a new set of components, as in pepper, anis, sesame seeds, and bread. After centuries of mixings and evolution of the gastronomy, the mole recipes evolved; because there’s no single recipe, there are hundreds. Every state has its variants of Mole, even in places like Oaxaca with more than 500 municipalities, we can find more than 500 different variations.

If we want to add more oil, vegetal oil can do the work in the same way without compromising the final result.

With the arrival of pork to Mexican gastronomy and with it, the lard; this was a later addition to the original recipe. The fat adds flavor to the paste, but it’s not mandatory. The pumpkin and sesame seeds add texture and grease to the final product. If we want to add more oil, vegetal oil can do the work in the same way without compromising the final result.

Research made by people interested in Mole and the gastronomy of Mexico, there are many theories of the origin of this sauce. The most accepted one is the one that says that Mole means Salsa (sauce) in Nahuatl.

I really enjoyed the whole experience of this workshop, I will surely attend another of Nomad Cook's cooking classes. We started in the market buying the ingredients we were going to use, and from there, Luis began to explain the use of each of them. In the kitchen, we learned to make tortillas from scratch in the traditional way, different sauces and a delicious soup 🙂 In a very interactive way, since we were actively participating in the preparation of the dishes, while Luis was explaining us how to do them, and the importance of the ingredients we were using, within the Mexican culture.

Desi HRSpain
Our experience with the Nomad Cook was perfect! Prior to starting, Luis, the chef, was extremely accessible and responsive. We set a time and place to meet, a market about a 10 minute walk from his kitchen studio. From there we set out to to his favorite merchants and started selecting the freshest ingredients. Upon seeing our favorite fruit, passion fruit, we asked if we could buy some. Luis immediately accommodated, which led to fresh passion fruit juice for the rest of the 6 hr lesson. A bonus was we asked if we could make chocolate tamales for dessert, a family favorite. Again Luis was very accommodating. He was also accommodating to vegetarians and vegans.
What made the experience even better was that the Nomad Cook focuses on strengthening awareness and sustainability of the local communities. His initiative is focused on telling their stories as a means to empower these communities that do not have a strong voice. Luis shares his insights about the local communities and their contributions to Oaxacan and Mexican culture.

Other Cooking Classes in Oaxaca 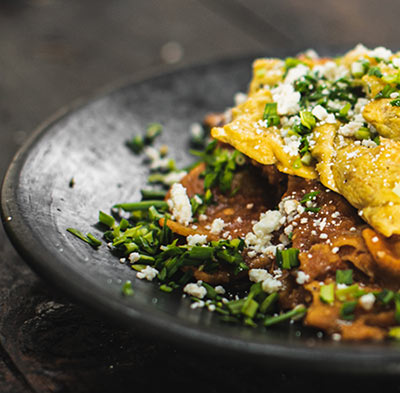 Mexican food doesn’t have to have meat. From pipian, to enchiladas, passing by soups and salsas. All of them can be prepared with a plant-based list of ingredients. Vegan options are available too. 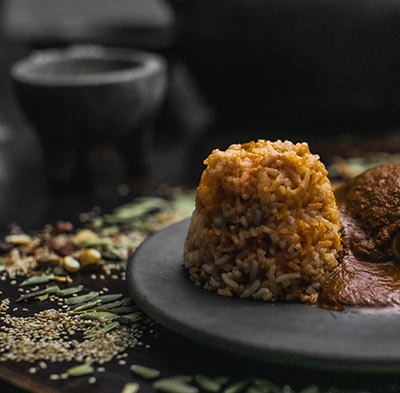 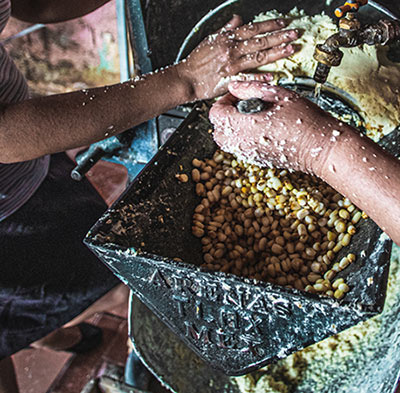 Let’s unwrap the ancestral technique of Nixtamalización to learn how to make tortillas from scratch. We will make salsas as well, to accompany this nutritious staple food of Mexico. 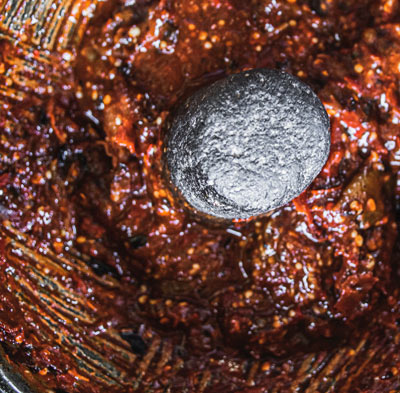 Tell me more about your ideal cooking class

If you have any questions or inquiries about my cooking classes in Oaxaca. You are in the right place.